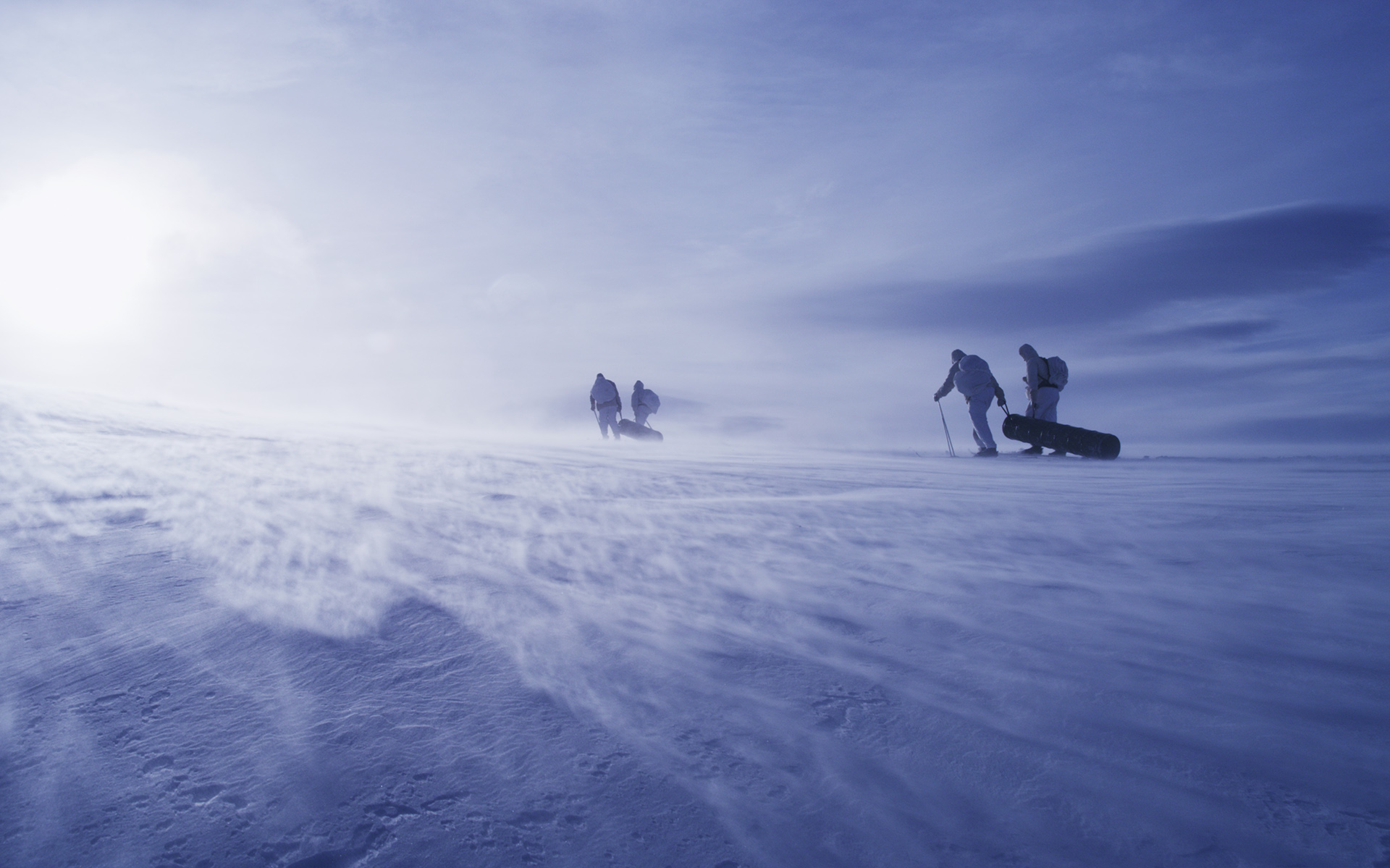 In 2013 we were contacted by the renowned Norwegian director Per Olav Sørensen about working as part of the 2nd unit crew on the drama series The Heavy Water War. A six part dramatization of one of the most exciting stories from the Second World War – the Nazis’ efforts to develop an atom bomb and the Allies’ desperate struggle to prevent it from happening. The first two episodes aired on NRK January 4th 2015 with 1 269 000 viewers (62% viewing share). Our task was to cast experienced telemark skiers as stand-ins for the saboteurs and Nazi soldiers, to shoot the ski action and mountain landscape scenes for episode two, four and five. The filming took place February 2014 in the mountains located near Rjukan, Norway.